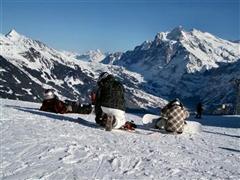 attel lies between Goldau and the Ägerisee. It has two claims to fame. Here in the hamlet of Schornen a battle took place in 1315 between the Habsburgs and the people of Schwyz and their confederates, known as the first freedom battle in the establishment of the Swiss Confederation. The second claim to fame is that it is the first resort in the world to have revolving gondolas. Apart from the runs below the gondola top station, all the runs are served by surface lifts, but that apart it is a good resort for children, beginners and intermediates, with a couple of more challenging runs for experts. There are fabulous views from all over the resort, but particularly the summit of Hochstuckli.

The best destination to access the downhill slopes by public transport in this ski area is Sattel, Gondolabahn. It is 15 minutes on foot to the gondola from Sattel-Aegeri station or you can take bus 7 from Rothenthurn or Schwyz. The resort operates the Snow'n'Rail scheme, providing a 20% discount on the combined travel ticket and lift pass.

Indicative prices are for travel to Sattel-Hochstuckli. Click here to find prices for other destinations. Under the combined ticket scheme the additional charge for a two day pass is 27.20 SFr. 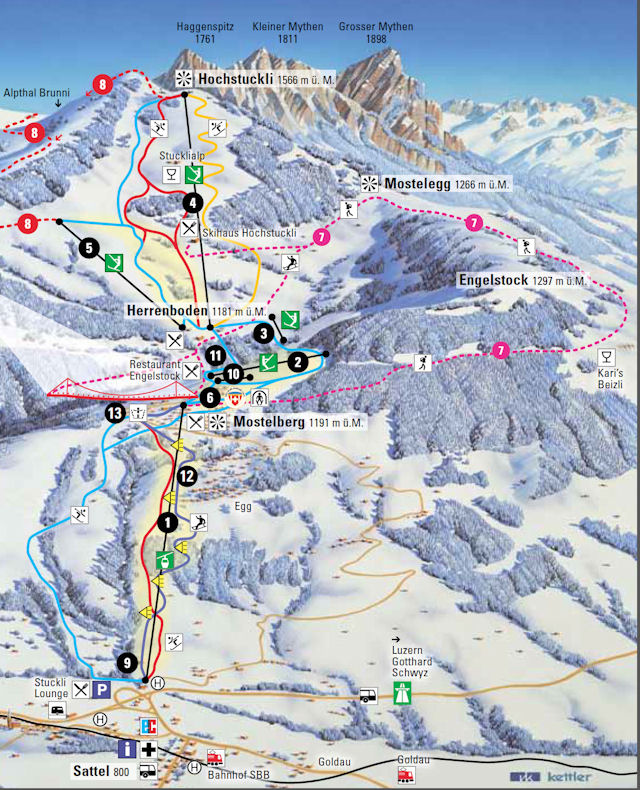 Sattel-Hochstuckli is located in Schwyz