andlocked within the landlocked nations of Switzerland and Austria, Liechtenstein hosts one tiny ski resort, Malbun. It is a spectacular drive from the motorway at Sargans in Switzerland, or about 30 minutes by bus from Valbun, Liechtenstein's capital (itself 30 minutes by bus from Sargans station). There is a good range of skiing from nursery slopes through runs of increasing difficulty, including one short, steep black and some off-piste. There's cross-country skiing in nearby Steg and toboggan runs and winter walking trails in Malbun itself. 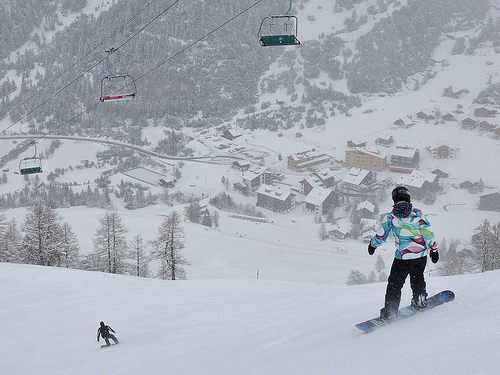 Apparently Prince Charles took Princess Diana to learn to ski in Lichtenstein  presumably in Malbun - to avoid the media waiting for them in Klosters,

The best destination to access the downhill slopes by public transport in this ski area is Malbun, Bergbahnen. Bus stops adjacent to chair lifts.

Destinations in the region include Pizol. 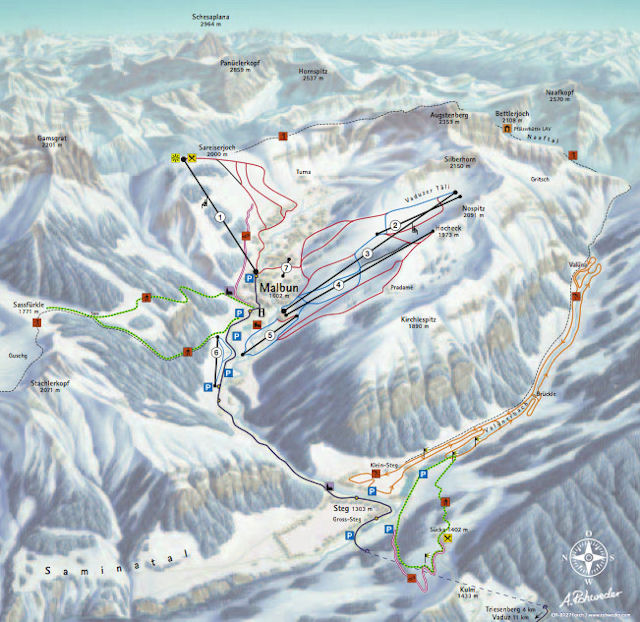