eally very extensive slopes and bags of off-piste options - probably stands alongside the Engadin and the 4 Vallées as somewhere you could easily spend a whole season. Davos Dorf has access to the fabulous snow-sure Parsenn it shares with Klosters, but there is also good on and off-piste on other mountains served by the lifts from the town, for example the Jakobshorn from Davos Platz and the Rinerhorn from Glaris. In addition you can access the small areas at Pischa and Schatzalp or, from Klosters, access the Madrisa. The Parsenn can get busy at weekends, so it is worthwhile trying out one of the smaller areas or the generally quieter slopes on Parsenn below Goschnagrat. The slopes at the bottom of the Jakobshorn are best for beginners. 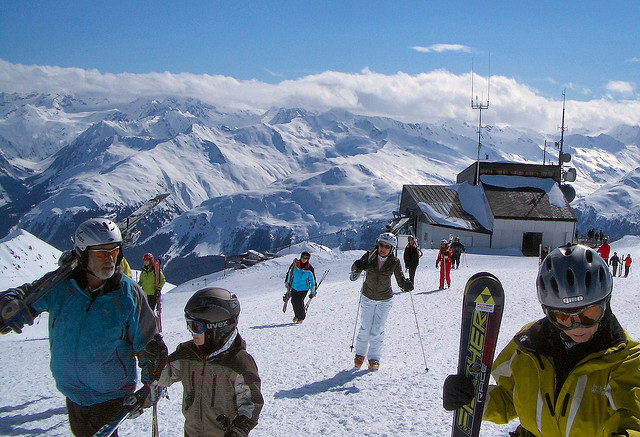 Davos is a busy town with lots going on, easy to get to by road or rail and a favoured destination since the mid nineteenth century when it became established as a high-altitude health resort by a German refugee, Dr Alexander Spengler, on the run from a death sentence in his home country. It became one of the very first winter sports resorts, popularised by Sir Arthur Conan Doyle, who came here to accompany his sick wife and got hooked on skiing. He wrote about his experiences on his return to England, fuelling an interest in the activity. At Bolgen, the resort had the very first t-bar system in Europe.

The breath-taking 14k, 2000m drop off Weissfluhjoch to Küblis is one of the longest runs in the Alps, but the unpisted trails down to Fideris and Jenaz are even longer. The Parsenn is a huge, wonderful area with quiet corners and plenty of off-piste, Jakobshorn is particularly good for boarders.

The Weissfluhgipfel is the classiest mountain restaurant. After a day on the piste, the Bolgenschanze, near Davos Platz and the Jakobshorn base station, is the best place to rendezvous. A lot of the nightlife is spread around town, but the Hotel Europe at the bottom of the Schaltzalpbahn is a good place to hang out with several bars to choose from.

Indicative prices are for travel to Davos Platz. Click here to find prices for other destinations. Under the combined ticket scheme the additional charge for a two day pass is 62.20 SFr.

The resort's ski area is linked to Klosters.

Available at MySwitzerland page for Davos 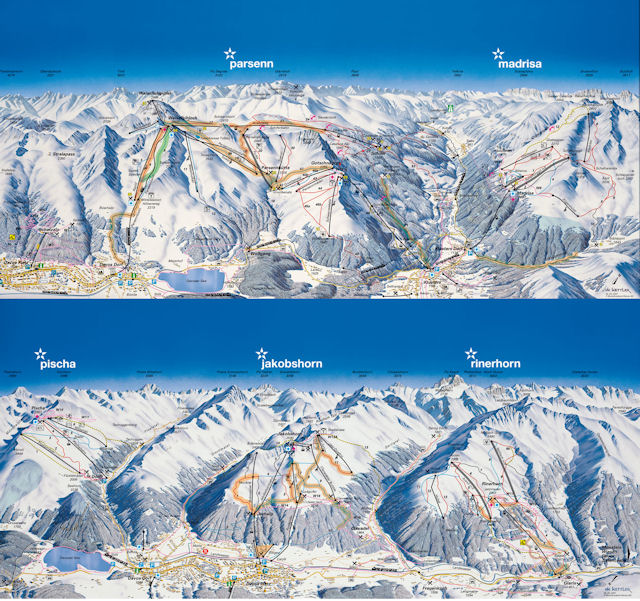 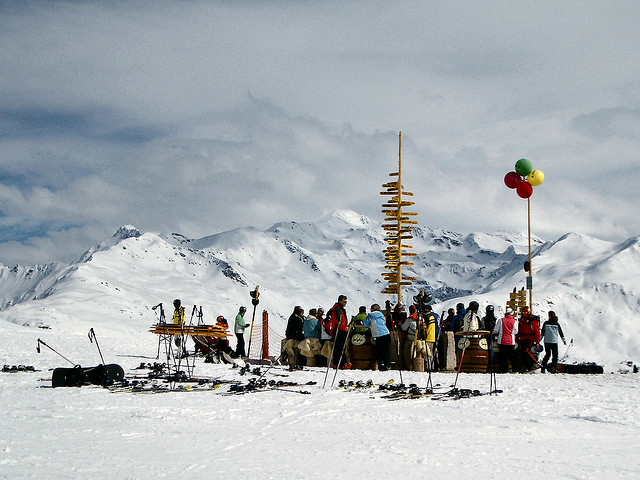 Davos is located in Graubünden