his family-friendly resort has a surprisingly good range of slopes for all abilities and styles, albeit in modest quantities. Famous for being where Sherlock Holmes met his demise, it makes a good day out from Interlaken or Luzern or a pleasant destination for a short break. It is a good choice for beginners and intermediates and rarely gets queues at the lifts. A few years back there was detailed plan to connect Meiringen-Hasliberg to nearby Melchsee-Frutt with a tramway and provide lifts between Melchsee-Frutt and Engelberg via Jochpass to create "Snow Paradise Titlis Hasliberg" with 210km of piste, but the plan faced significant opposition on environmental grounds and was shelved. 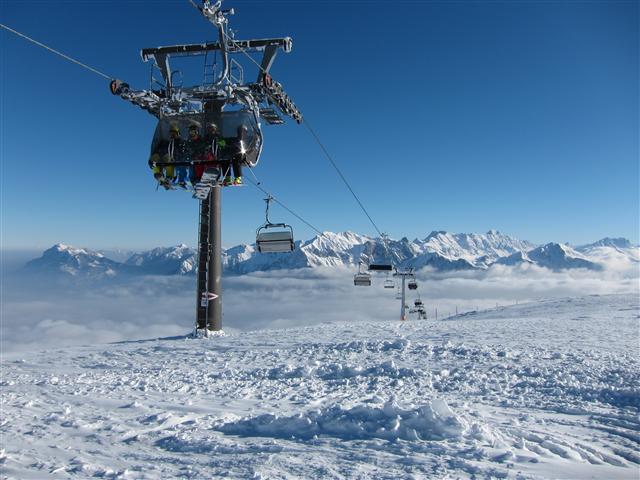 You can take a bus from Meringen via Schwarzwaldalp to Grosse Scheidegg for a breathtaking five kilometre toboggan run from below the Eiger, with a 500 metre descent back down to the Chalet Schwarzwaldalp hotel and the return bus ( Postbus timetable). The area is also popular with snowshoe walkers. For Sherlock Holmes fans, the small museum near the station, the Park Hotel Du Savage (renamed by Conan Doyle as the Englischer Hof in "The Final Problem") and the Reichenbach Falls, where Holmes and Moriaty met their fate, are sure to be on the itinerary.

The Aquarium in Käserstatt and the Kuhstall in Mägisalp have reasonable après ski, although Meiringen itself is quiet.

The best destination to access the downhill slopes by public transport in this ski area is Meiringen. The station is 15 minutes from the cable car or you can take a courtesy bus. There are other options for alighting or leaving the winter sports facilities in the area using rail or bus. The resort operates the Snow'n'Rail scheme, providing a discount on the combined travel ticket and lift pass. Click here for details of the Swiss Railways discount scheme.

Nearby destinations in the region include Engelberg and Melchsee-Frutt. 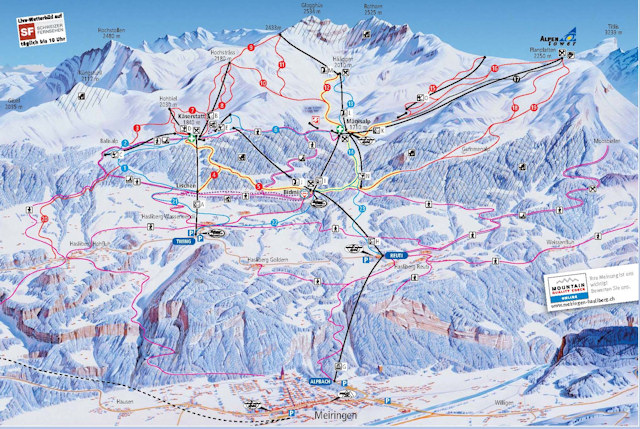 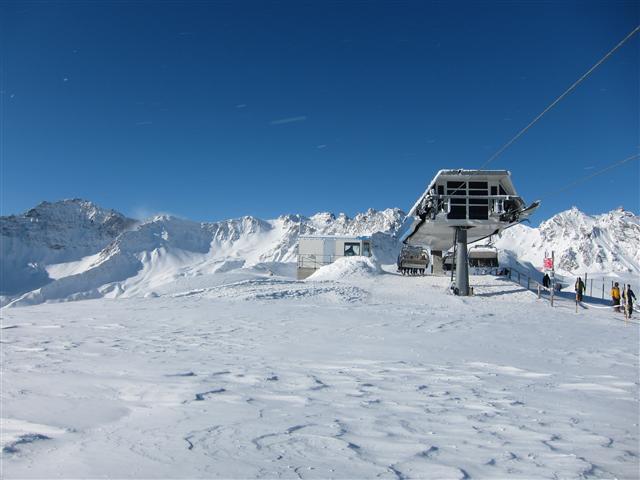