he most significant winter sports resort in Italian-speaking Ticino has an enjoyable and invariably uncrowded ski area at Airolo-Pesciüm. The slopes face north above the point where the south side of the Gotthard rail and road tunnels emerge, opposite the dramatic Gotthard road pass in the high Ticino valley at the head of the district known as the Leventina. The village has a rail station with direct connections to both Basel and Zürich - the only resort in Switzerland for which this is true - making it a convenient ski resort to get to from Northern Switzerland. Unfortunately the slopes are a few hundred metres from the station and the courtesy bus service seems to have eschewed Swiss efficiency in favour of a more chaotic Italian approach. As a result it is usually easier to take the 15 minute walk to the valley station than suffer the frustrations of waiting for the bus only to find it is too crowded to take you, or you could have walked in the time it takes to arrive. 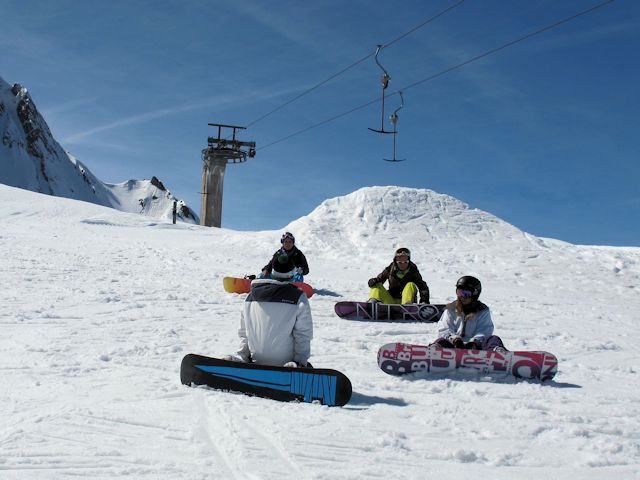 Even closer to the station is the small ski area Airolo-Lüina, with about 3km of piste between 1200 and 1350m. This is where Lara Gut learned to ski and, although the season is short on this south-facing slope, it's a good place for learners.

From the cable car top station at Pesciüm, there is a choice of using the gentle runs and inappropriately named Yukipark served by surface lifts below Comascnè, or the more challenging runs above Ravina, which are mainly served by a second cable car and a modern chairlift. Although the runs above Ravina are rated black and red, there is not much to choose between them in terms of difficulty and a competent intermediate should feel confident attempting any of these runs. If the valley runs below Ravina are open, it is possible to ski a scenic run of almost a 1000m drop off either Sasso della Boggia or Varozzei. There is some reasonable off-piste areas off to the right of the Comascnè T-bar or left off the top of Varozzei chairlift. Yukipark has a reasonable variety of boxes, rails and jumps and there's a few more jumps alongside the Pesciüm button lift.

The best destination to access the downhill slopes by public transport in this ski area is Airolo. Station is 15 minutes walk from the cable car, or take the courtesy bus. The resort operates the Snow'n'Rail scheme, providing a 20% discount on the combined travel ticket and lift pass.

Indicative prices are for travel to Airolo. Click here to find prices for other destinations. Under the combined ticket scheme the additional charge for a two day pass is 32.00 SFr.

Destinations in the region include Nara and Cari. Andermatt is also close as the crow flies, and by rail if you're not a crow. 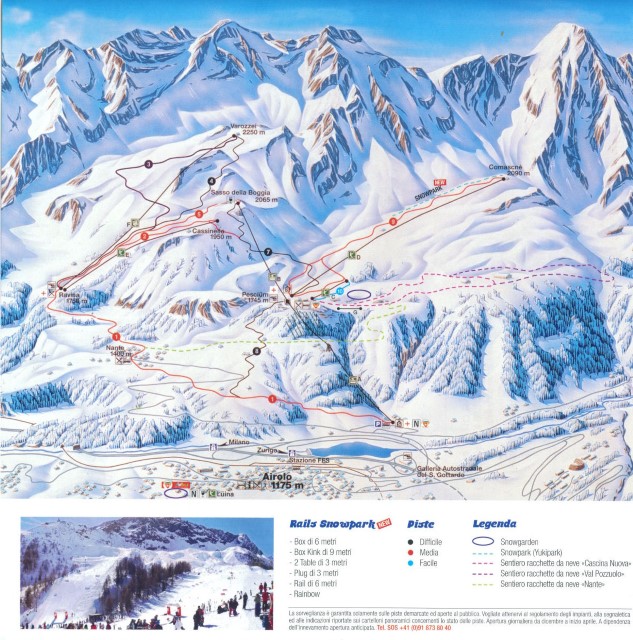 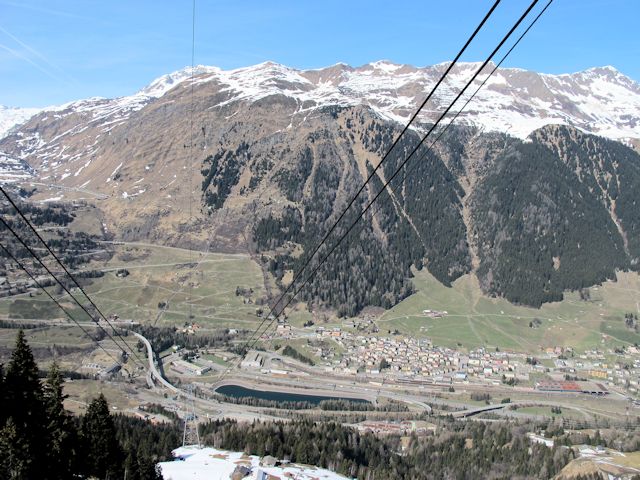 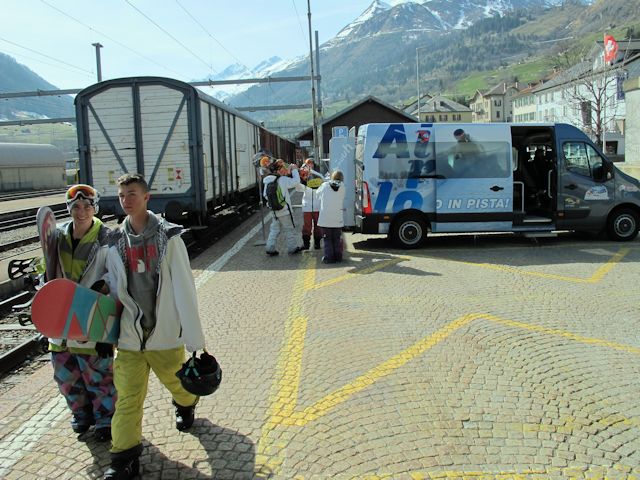 Airolo is located in Ticino