lm, the home town of the famous Swiss skier Vreni Schneider, has a feature known as the "Martinsloch", a 15m round hole in the Tschingelhorn at 2600m through which the sun shines onto the village church steeple for only a few days a year, in March and September. Elm is located in Glarus at the head of the Sernf valley, separated from Braunwald to the West by the Chärpf (2794m) and from Graubünden in the south by the Panixer pass, the scene of a major military episode in the Napoleonic wars. Elm is not a bad little ski and snowboard destination, with a reasonable range of runs for all abilities - although it is probably not ideal for beginners or early intermediates. The area has a good snow record, particularly on the upper slopes. Despite being relatively near to Zürich it doesn't seem to get crowded even at weekends. 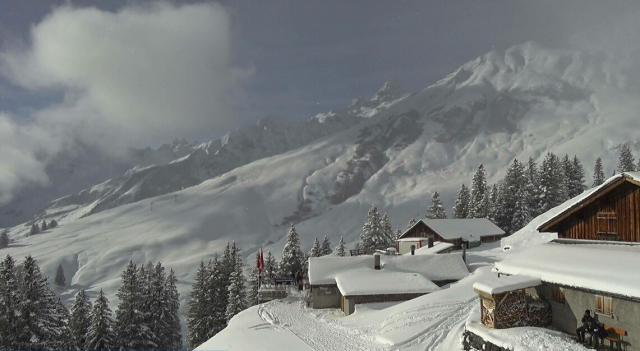 The best destination to access the downhill slopes by public transport in this ski area is Elm, Sportbahnen. Bus stop next to bottom station

Destinations in the region include Braunwald. 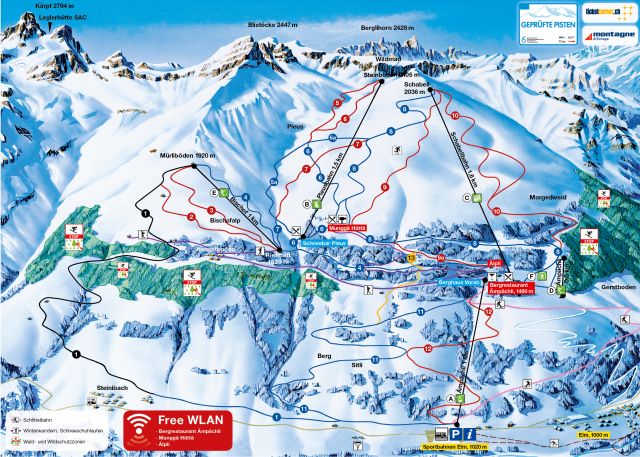 Elm is located in Glarus