ar-free, family-friendly Braunwald above the Linth Valley in the Glarus Alps is one of the easiest resorts to get to from Zurich, and has an astonishingly good record for good snow levels. With easy excellent transport links, it is ideal for day out or a short break. The Garner Express, with trains from Ziegelbrücke and sometimes direct from Zürich, stops at Linthal Braunwald from where a funicular railway (one of the steepest in the world) takes you into the heart of the car-free village and a couple of hundred metres ski from the bottom gondola station. The gondola system in Braunwald is quite unique - one section has pairs of gondolas and the next has quads of gondolas that move around in a pack. Further up the mountain a couple of antique chairlifts are supplemented by a bizarre but effective system of combined gondolas and sideways-facing chairlifts. Small and relatively low, the mostly South-facing pistes are good for beginners and intermediates but there is plenty to keep the more experienced occupied off-piste provided the snow cover is good. And despite being relatively low, snow cover is generally good, since Braunwald reputedly gets the most annual snowfall of anywhere in Switzerland. The resort attracts a lot of snowboarders and for good reason: it is possible to get around the resort without using surface lifts, the lift pass is very competitively priced, there are virtually no flat sections, it has acres of excellent off-piste and there is a popular backpacker hostel in the village. The family hotel in the village is highly regarded too. The resort is also very popular with tobogganists, with two dedicated, 3km toboggan runs. Despite the beautiful views across Glarnerland towards the Tödi and Ortstock mountains and the extensive range of winter sports activities available so close to Zürich, Braunwald is rarely crowded, even at weekends. 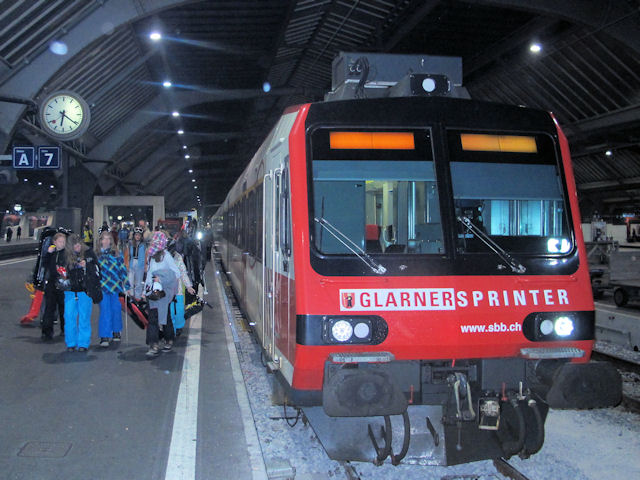 In the seminal "Ski Runs of Switzerland" written by James Riddell in 1957, Braunwald is described as "one of the less well-known, small ski centres, and it deserves to be better known. In its modest, small way, in a very gemütlich manner, Braunwald provides everything from gentle to steep ski-ing... There is touring as well."

From Gumen there is an 8k run back into Braunwald with lots of off-piste variants along the route down.

The best destination to access the downhill slopes by public transport in this ski area is Linthal Braunwaldbahn. Station adjacent to cable car into Braunwald. The resort operates the Snow'n'Rail scheme, providing a discount on the combined travel ticket and lift pass. Click here for details of the Swiss Railways discount scheme.

Park at Linthal for car-free Braunwald.

Destinations in the region include Elm. 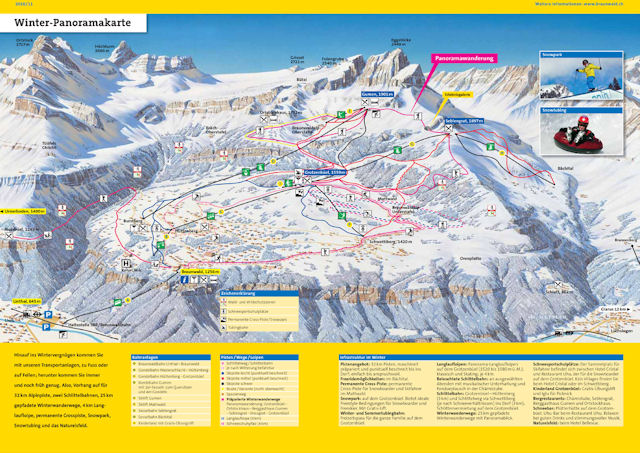 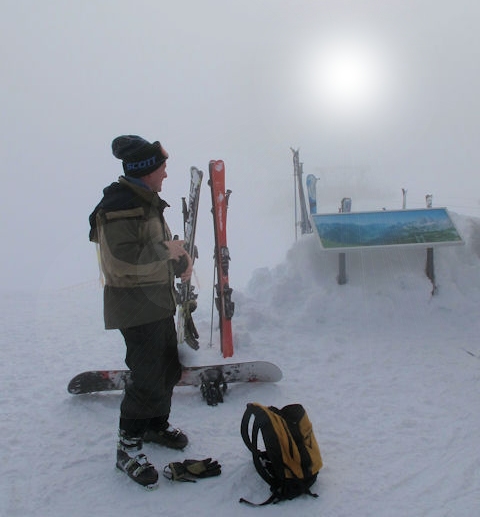 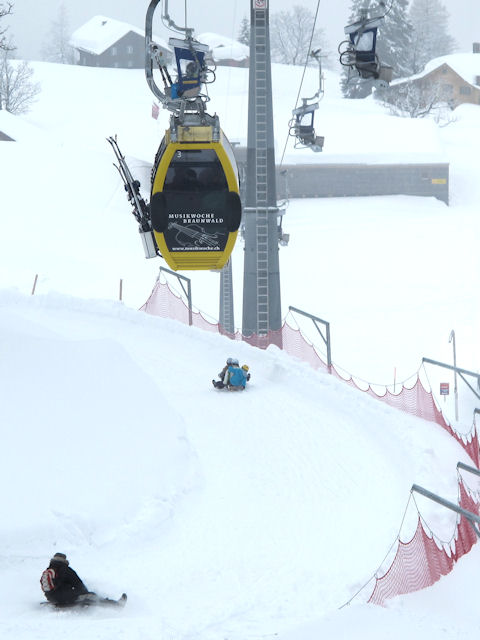