omansh-speaking Scuol lies in the remote Lower Engadine, alongside the Inn river and below the majestic peaks of the Silvretta and the Dolomites. It has been a well-heeled spa town since the 19th Century but expanded as a holiday destination with the arrival of the railway in 1913, and established itself as a winter sports centre with the opening of the first ski lift in 1956. With it's range of beautiful, south-facing slopes, modern queue-free lifts and ample off-piste it is one of my favourite medium-sized resorts. Scuol Tarasp station lies at the end of the Eastern section of the Rhaetian Railway, next to the gondola bottom station and also conveniently next to the Youth Hostel. The centre of Scuol and the main Bogn Engiadina spa are about 10 minutes walk away or two stops on the bus. The beginners area is at the top of the gondola stop at Motta Naluns, although the Ski School offices are at the bottom station. 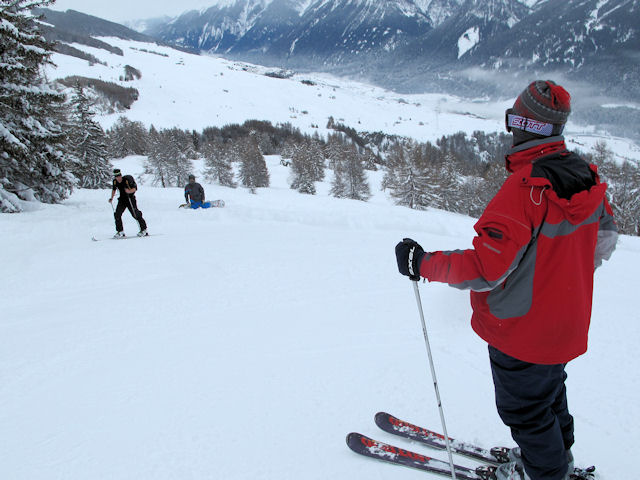 There is a wonderful 14k descent from Bergstation Salaniva to Sent, although it requires you to take a courtesy bus back to Scuol to get you back up the mountain. The run off Schlivera to Ftan is very pleasant, and the lovely red run from Motta Naluns to Scuol has some excellent off-piste variations.

The best destination to access the downhill slopes by public transport in this ski area is Scuol-Tarasp. Station adjacent to cable car. The resort operates the Snow'n'Rail scheme, providing a 20% discount on the combined travel ticket and lift pass.

Indicative prices are for travel to Scuol-Tarasp. Click here to find prices for other destinations. Under the combined ticket scheme the additional charge for a two day pass is 34.40 SFr.

The resorts further up the Engadine include Celerina, St Moritz and Pontresina, the latter with a direct train link. Klosters is also close by train.

Available at MySwitzerland page for Scuol 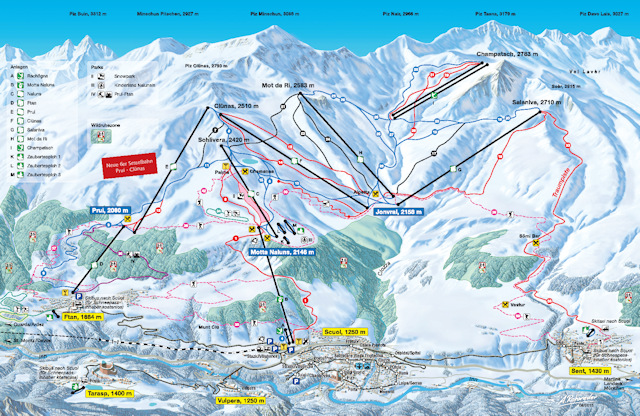 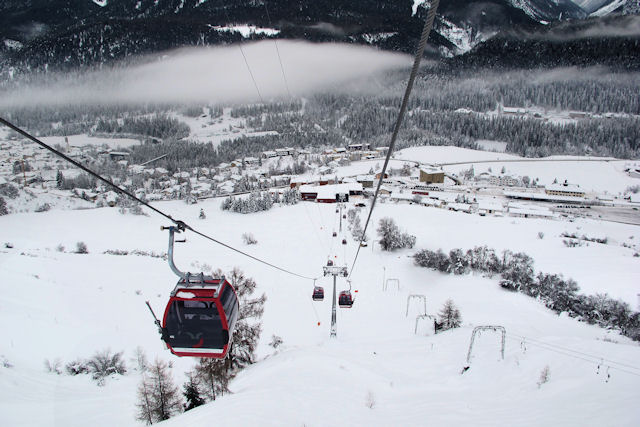 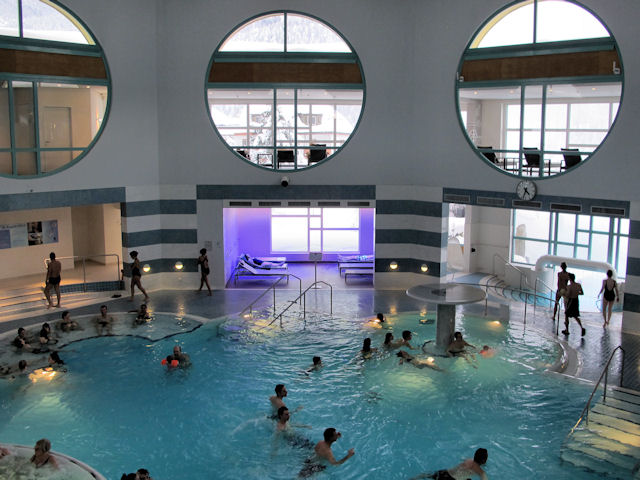 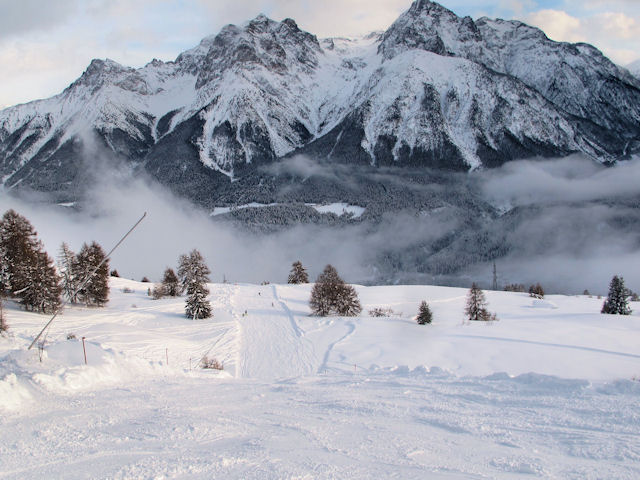 Scuol is located in Graubünden