bout 2-3 hours from Zurich by car or a combination of train and bus, Savognin is a historic Romansh-speaking village, in the Surses valley on the route to the Julier Pass, south of Chur and Lenzerheide and north of the Engadin. It's a good family-friendly base for visiting other ski areas and attractions in the area (with winter tyres and sometimes snow chains). It has some very good pistes itself, particularly for learners and intermediates, but also with a few challenging runs and off-piste areas. Unfortunately there are only surface lifts to reach all but the main runs below Piz Martegnas. 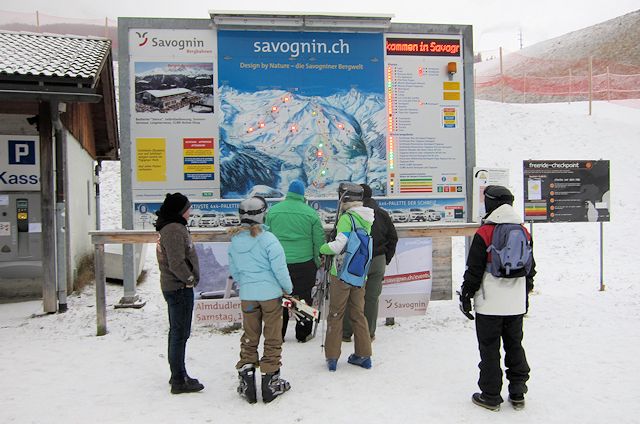 There is an 11k run from Piz Martegnas all the way down to the valley station.

The Tigia restaurant at Radons does a number of regional specialities. Roggi's Baizli is the lively heart of mountain eating and drinking. For apres, the locals often head to James Beach Bar on their way down.

The best destination to access the downhill slopes by public transport in this ski area is Savognin Cresta. It is a 10 minute walk down to the base station from the bus stop, but a courtesy bus also runs between the base station and the through bus stop. 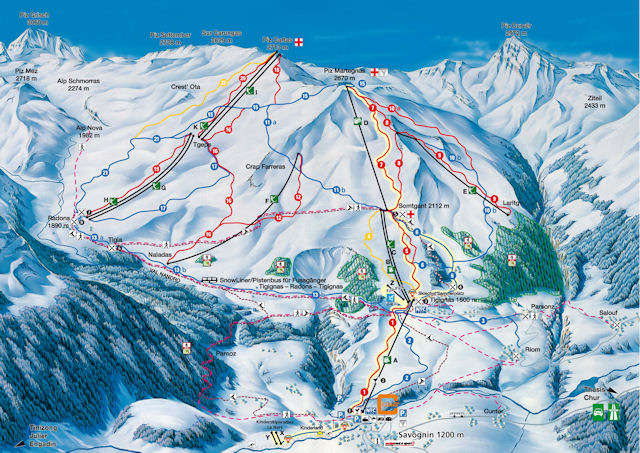 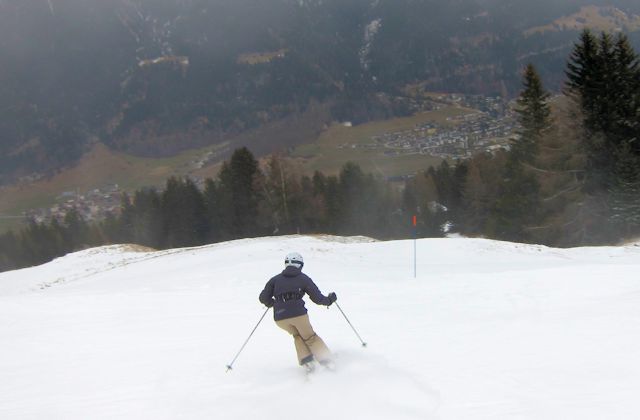