otted around between Schwyz and Einsiedeln, the slopes that make up the Mythen Region lie within an hour's drive of Zürich and Luzern. This loose and almost arbitrary set of resorts includes Brunni-Haggenegg, Holzegg, Handgruobi-Rotenfluh and Ibergeregg - the latter of which it shares with the Hoch-Ybrig lift system. It is also included in the Swiss Knife Valley group of resorts which include Stoos, Sattel, Einsiedeln, Rothenthurm, Rigi Scheidegg and the Rigi - but for some reason not Hoch-Ybrig. The Mythen Region resorts are mostly served by surface lifts and poor public transport by Swiss standards, but they offer free parking, well-groomed slopes, affordable passes and stunning views. The area also have ski schools, winter hiking paths, snowshoe trails, toboggan runs and a freestyle funpark under Brünnelistock. 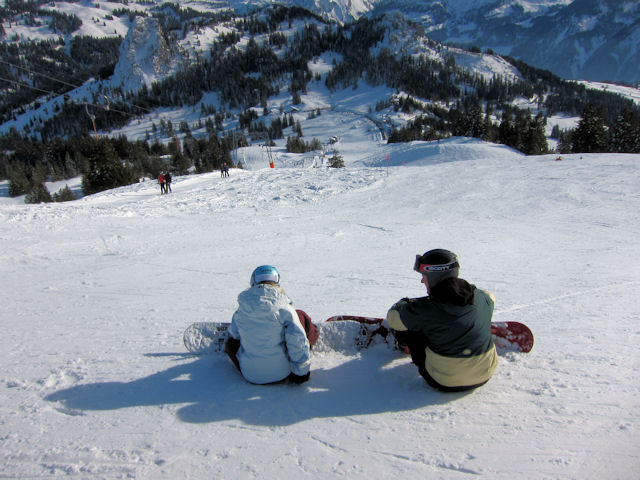 The best destination to access the downhill slopes by public transport in this ski area is Rickenbach SZ (Rotenfluebahn). Bus stop close to to cable car The resort operates the Snow'n'Rail scheme, providing a discount on the combined travel ticket and lift pass. Click here for details of the Swiss Railways discount scheme. 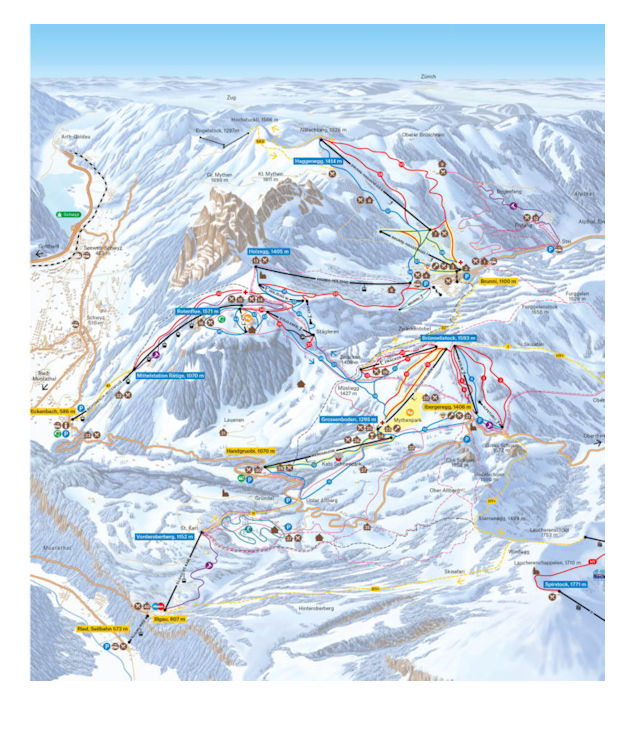 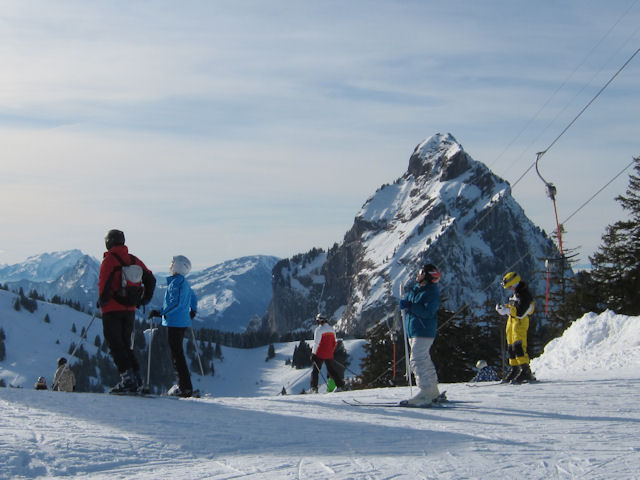 Mythenregion is located in Schwyz