he pretty village of Vals is characterized by the dark, local quartzite used for roofing houses and to build the iconic thermal spa in the village. Vals is a Walser-German-speaking enclave in the Romansh dominated Val Lumnezia (Valley of Light). The Walsers migrated from Upper Valais some 700 years ago and settled in the highest alpine valleys of Switzerland, and still retain a distinct identity from their neighbours. The slopes are uncrowded, have a good snow record and offer a good range of terrain for all abilities of skier and snowboarder. The thermal baths are definitely worth checking out and allow children from the age of 5.

The best destination to access the downhill slopes by public transport in this ski area is Vals Post. Bus stop 20 minutes from lifts. A courtesy bus service is available every half hour at peak times, every hour off-peak. 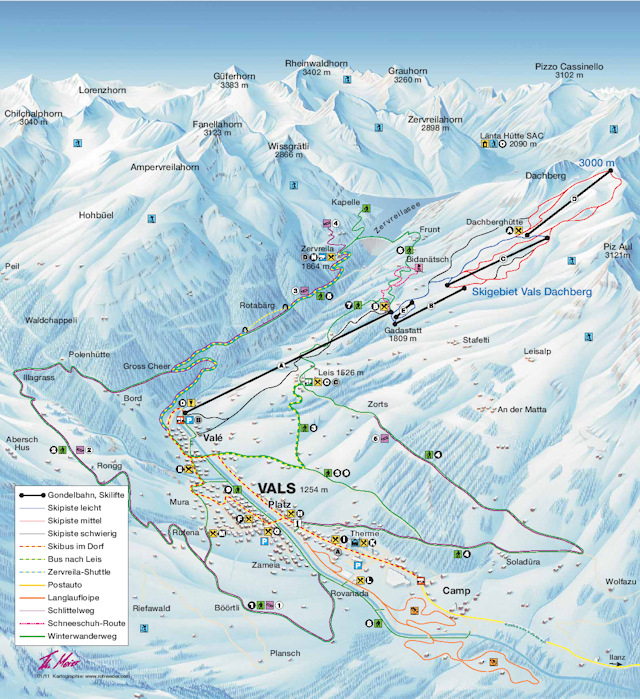 Vals is located in Graubünden