Ski and Snowboard Switzerland from Sion 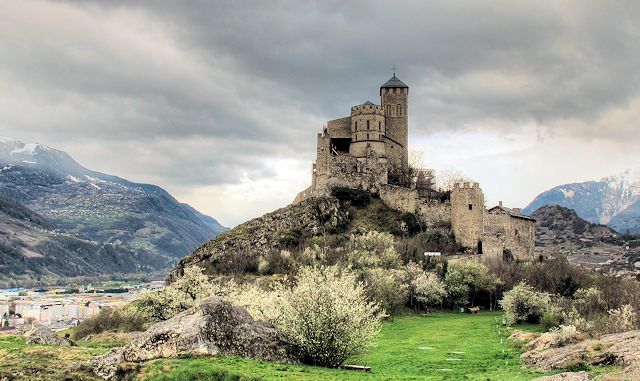 Sion - capital of the Valais - is a lovely city, but one of its main attractions in the winter is how convenient it is for hitting the slopes - you can even see pistes from the city centre. Sion is on the main line between Geneva and Milan and, reputedly, has the largest bus station in Switzerland in terms of destinations served (23 in total). From the bus station you can get direct services to Anzère; Veysonnaz and Nendaz (both in the Four Vallées); the resorts of Val d'Herens, including Arolla; and even the lifts serving Vercorin (in the amazing Val D'Anniviers). By train, with just one change, you can get to Zermatt, Verbier, Portes du Soleil, Crans-Montana, the resorts of Vaud and a bunch of other resorts. Perhaps the quickest and easiest ways to get to the main ski area nearest Sion is to go to Haut-Nendaz Télécabine and jump on the free shuttle bus to Siviez, where you are right at the heart of 412km of piste.

There are frequent trains to Sion directly from Geneva Airport, with a huge number of flights from all over Europe every day. However the old military airport at Sion has started taking commercial flights, with both Swiss and a new airline called Powdair serving the airport with weekly flights from various airports. Regular buses run from Sion Airport to Sion's main railway station. Check the Swiss Railways web site for details of connections, but all the main resorts of Valais and Vaud can be reached by public transport in less than 2½ hours. Car hire is also available in Sion and at Sion Airport, and you can drive to the same resorts in around an hour or less.

One useful thing about Sion is that it has a youth hostel right next to the station, although unfortunately it does not open until late March. However, with so many high altitude resorts in the area it still works well for late season skiing.

There is surprisingly little variety of accommodation along the Rhône valley itself, with most of the available beds in the ski resorts themselves. Sion does have a few hotels, though, and also a good variety of bars and restaurants in the old town. Find accommodation at Bookings.com or contact the very helpful folk at Sion Tourist Office.